WHAT CONVICTIONS SHOULD I DISCLOSE?

If you have any convictions that are not 'spent' under the 'Rehabilitation of Offenders Act' below then you MUST disclose them to you insurer.

Once a conviction becomes spent, it remains spent, even if a person is convicted of other offences later.

The rehabilitation tables relate only to risks where the law of England and Wales apply. Where the law of Scotland applies the disclosure periods differ.

Examples of where the law of Scotland will apply: 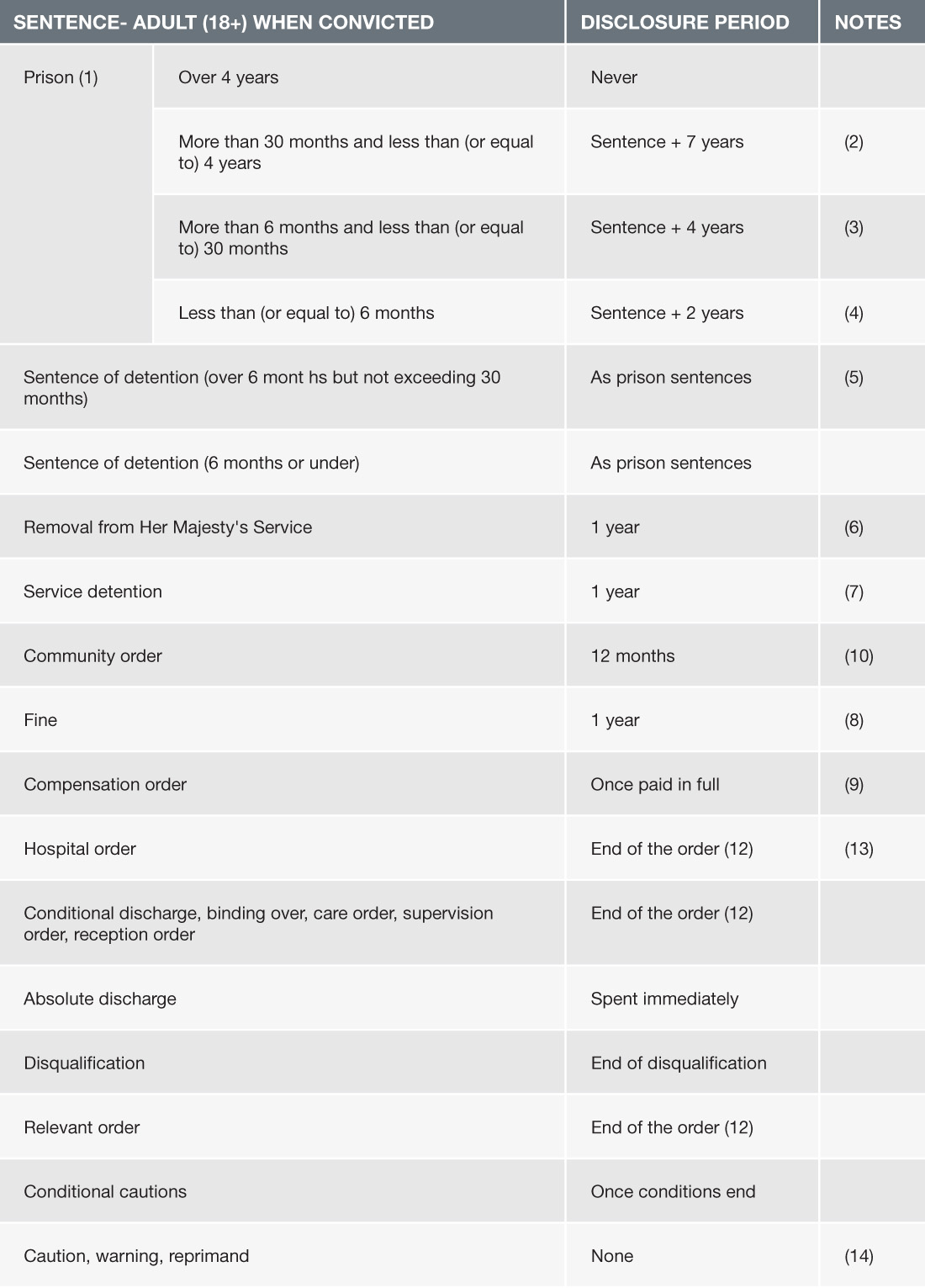 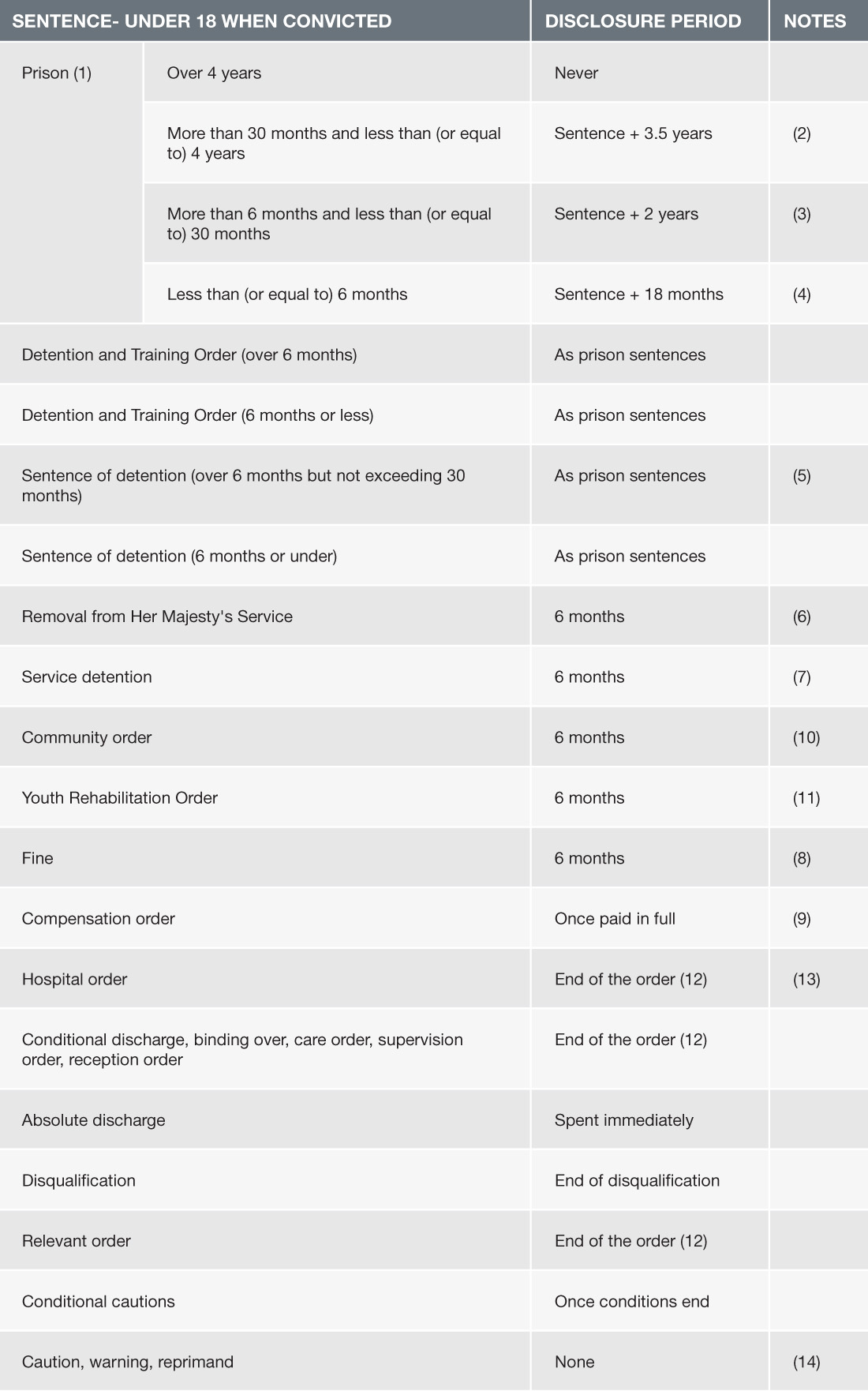 Notes about the tables